Aside from being a reliable form of money, Bitcoin also helps solve several problems that affect you, me, and everyone else in the world. Some of these problems include trust systems, authorization, and transparency.

Let's take a quick look at what these problems are.

Double-spending refers to the ability to spend the same currency twice.

This is a common problem that digital currencies often face because conventionally, digital money can easily be multiplied, which gives the holder an “unlimited supply” of that aforementioned currency.

Imagine just copy-pasting your digital money and spending it anywhere you wanted.

This is less of a problem with money based on centralized systems such as Grab points since it's up to the company to make sure double-spending doesn't happen.

Bitcoin solves the double-spending problem through its consensus mechanism called Proof-of-work (PoW). You can review our topic on PoW in previous chapters.

The blockchain provides a way for all nodes to be aware of every transaction. Every piece of data in its history has been agreed upon by the Bitcoin network. Since miners all have access to the blockchain's data, it serves as a benchmark to determine which transactions are valid and which are double-spends. All double-spends are automatically rejected.

But what happens if bitcoin is sent to two parties at the exact same time? Both transactions will still undergo the mining process as usual. This is where block confirmations come in.

Remember: The blockchain is formed by blocks, which are clusters of approved transactions, on top of previous blocks. A block confirmation refers to the state of having another block on top of a confirmed block.

For example, let's imagine that Pedro buys both a phone and a computer with the same exact Bitcoin. Let's call these transaction #1 and transaction #2, respectively.

In this scenario, miners would have to choose which chain to next mine on. The first one to have another block built on top of it—called a block confirmation—would be the official one, while the other will be rejected.

This is why it is recommended that merchants require two to six block confirmations before the transaction is settled, just to be sure.

Bitcoin was the first decentralized digital currency to solve this long-standing problem of double-spending. By virtue of Bitcoin, thousands of other cryptocurrencies have ushered in today.

The Byzantine Generals Problem is basically the question: "How can a distributed network of different parties agree on a single truth?"

This problem plagued money for millennia until the invention of Bitcoin, so let's explore it further.

The Byzantine Generals Problem does not apply to centralized currencies like fiat money or company reward points since a central party maintains everything.

Imagine four armies are trying to attack a kingdom in the middle. Each army has its own general. Let's call them General A, B, C, and D. The thing is, the kingdom can only be conquered if the four armies attack simultaneously.

Given that, the generals must agree with each other on what time they will attack the kingdom.

However, there are no cellphones or radios available. They can only communicate through a courier.

Now, this is where the problems enter:

With the generals' communication relying solely on the courier, their invasion is vulnerable to numerous risks. These risks can make everything go wrong in a snap of a finger.

So, think about it… How can the four generals communicate and agree on a single truth without a courier?

In the context of decentralized money, how can society agree on a form of money and its state?

This is one of the problems Satoshi Nakamoto solved with Bitcoin. Bitcoin is the first decentralized cryptocurrency where participants can objectively agree on information without a central party or intermediary.

How? Through Proof-of-Work (PoW).

In a Proof-of-Work system, there are clear cryptographic and objective rules everyone needs to follow to participate. Since the rules are objective, there can be no disagreements on the state of the network.

Since all the miners have a copy of the entire blockchain, miners immediately recognize and reject any attempted fraudulent activity in the network. All information can be verified using the blockchain, which makes Bitcoin a trustless network.

Bitcoin's blockchain is a real-time manifestation of the network's agreement on every bit of information happening in the network, without the need for a central party.

Inflation is everywhere — in common goods like meat, bread, gas, electricity. They increase in price every year. One year, a liter of gas costs forty pesos. Next thing you know, it's sixty pesos.

There can be many reasons for inflation, but one of the root causes is the increase in money supply by the government. When the supply of anything increases, its value decreases, and money is no exception to this.

As the value decreases, people need to pay more money for the same goods and services as before.

On the one hand, Bitcoin is an excellent way to prevent increasing money supply. Unlike traditional currencies with virtually unlimited supply, there will only be twenty-one million bitcoin. No one party can create more. You can review our chapter on Bitcoin's supply here.

If goods and services are priced in bitcoin, inflation is less likely to happen due to the controlled money supply of bitcoin.

Note: Inflation may still happen since inflation is caused by many economic factors, not just money supply. 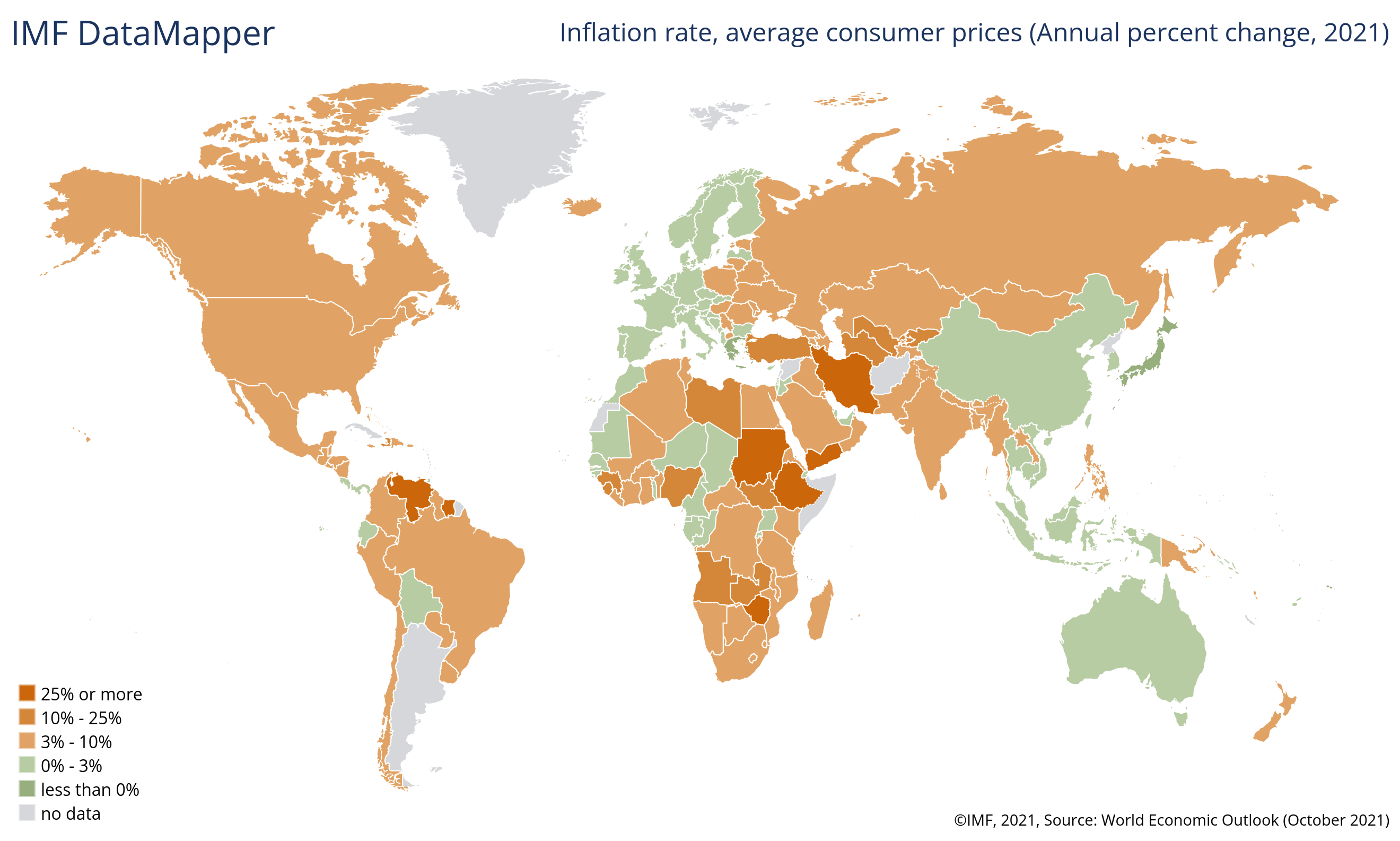 On the other hand, Bitcoin can be seen as a ticket out of this inflationary economy we live in. Extreme inflation—called hyperinflation—has already occurred in many countries such as Venezuela, which faced an inflation rate of 65,374% back in 2018. Other countries such as Zimbabwe, Sudan, Lebanon, Argentina, and Yemen face similar inflationary scenarios.

Bitcoin's supply is also the reason why Bitcoin is often referred to as digital gold. Other people perceive Bitcoin to be a “safe haven” against inflation, similar to gold.

Converting your fiat currencies into bitcoin assures the holder that their money would never be debased.

Hundreds of millions of people around the world lack access to banking and financial services. This is caused by several reasons such as poor banking infrastructures, regulatory issues, lack of documents, or simply discriminatory reasons.

Financial exclusion is expensive. It impacts the quality of life, deprives people of the chance to invest for their future, and deprives them of financial safeguards. 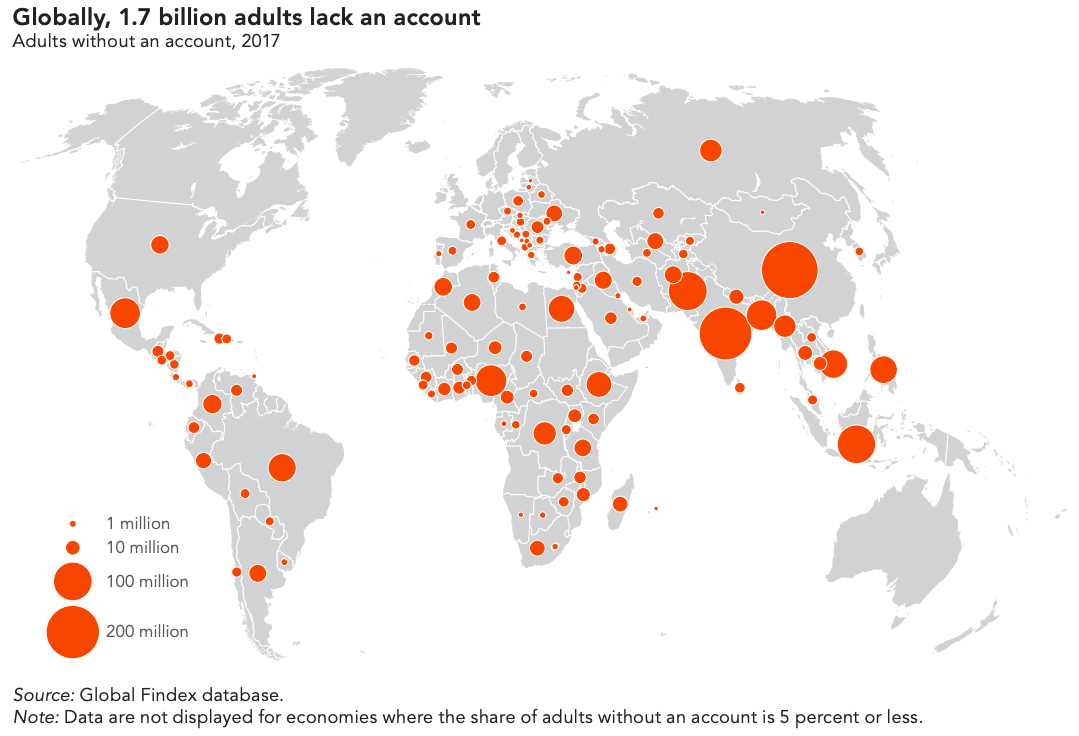 According to a report by The World Bank back in 2017, 1.7 billion adults remain unbanked. This means that 1.7 billion people lack access to any proper form of financial services such as savings accounts, insurances, mortgages, or loans.

The Philippines is one of the countries with the highest percentage of unbanked people. According to the Bangko Sentral ng Pilipinas (BSP), 71% of the adult Filipino population remain unbanked.

Unlike traditional financial services, a person only needs a mobile phone and Internet connection to access the Bitcoin network. With a few taps, anyone—regardless of age, ethnicity, sex, or status—can get a Bitcoin wallet and start handling their finances and be their own bank.

That same phone can also be used to avail of other financial products such as loans and high yield interest accounts.

Borderless payments are also made more accessible, cheaper, and quicker than traditional services.

For example, an OFW located in Canada could send money back to their loved ones in the Philippines for just a minimal fee in a few taps. This is a complete shift from traditional services requiring a 10-20% fee and half-a-week processing time per overseas transaction.

Remittances are one of the main reasons why El Salvador recently adopted bitcoin as legal tender. As of writing, remittances to and from the country make up a fifth of the country's GDP.

Bitcoin has given El Salvadorians the option for a cheaper and more efficient way of sending money.

With Bitcoin, financial inclusivity and accessibility are advanced in ways traditional banking couldn't achieve in the past.

Did you enjoy this read
on
Problems that Bitcoin Solves
?
👍

Suppose you decide to venture further into the cryptocurrency space. In that case, you'll be met with a few obstacles like crypto jargon or slang. But, don't worry! Let's break them down one by one so you don't feel left out!